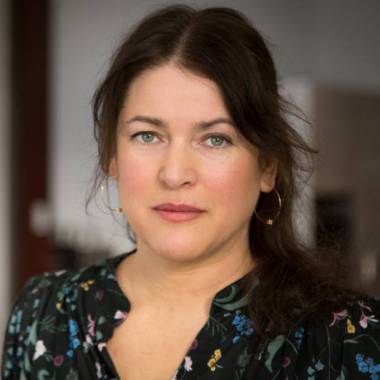 During her work in film production, Claudia Carli started to focus more and more on writing – so she decided to follow a scriptwriting course at the Script School in Amsterdam. Soon after graduating she started writing for Scriptstudio, a department of Endemol, which she continued to do for a number of years.

In addition to writing, Claudia works as project leader for the educational project ‘War In My Neighborhood’: a meeting-education program that brings the elderly and children closer together around personal stories from WWII. Children from grades 7 and 8 visit the home of an elderly person who lived in their neighborhood during the war, where they hold an interview that is recorded in text, image and audio.

In 2012 she was handed the friendship book of the Jewish girl Alida “Alie” Lopes Dias. In that album, which Alie received as a gift in September 1941, girlfriends and family members wrote down little poems and sweet messages. The last poem was written down at the end of 1942. Carli's extensive research on Alida, her family, and the girls from the album – including interviews with three survivors – resulted in an impressive amount of material. That material formed the basis of her book As Long As I Hope to Live, of which the Dutch rights were sold to Meulenhoff Boekerij.

Meulenhoff Boekerij has published As Long As I Hope to Live in September 2019, World English rights were sold to Hodder & Stoughton.

For all your enquiries about Claudia Carli please contact: Diana Gvozden.