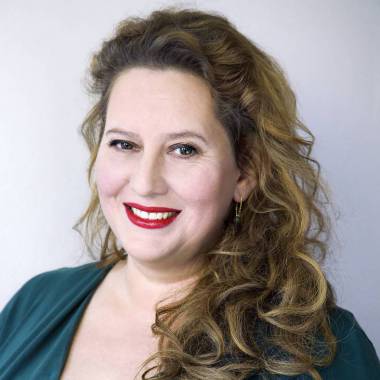 Jackie van Laren (Amsterdam, 1968) has two passions: storytelling and music. From an early age, she has been writing fiction, poetry and music. She studied the Dutch and English language and started a career in publishing and on the stage.

In 2015, Meulenhoff Boekerij published her first trilogy of romantic feelgood novels ( The Q-trilogy). In 2016 the duology Vallen and Opstaan was published, which won Jackie the Hebban 'Novel of the year' award in 2017. The fifth instalment of her newest series has been published in January 2020.

For all your enquiries about Jackie van Laren please contact: Marianne Schönbach.