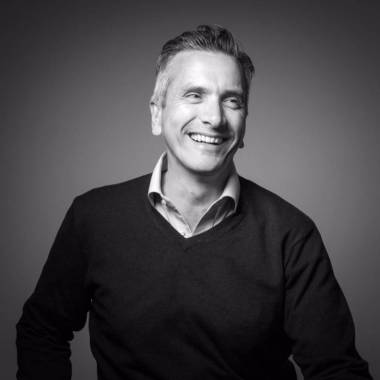 Philip Droege (1967) is an award-winning journalist and best-selling author based in Amsterdam, Netherlands. He is known for his love for ‘untold stories’ as well as his humoristic approach to historical non-fiction. His first book, about the Dutch royal consort prince Bernhard (2002), is an example of well-researched biographical craftsmanship.

After this debut, Mr. Droege wrote about the cataclysmic eruption of the Tambora Volcano in Indonesia and the microstate of Moresnet. His last two books were shortlisted for prestigious prizes. Moresnet was translated into German and Italian. His book Pelgrim was published in 2017 (‘Pilgrim’) and tells the story of a Dutch scholar-cum-spy who made it to Mecca in the later part of the nineteenth century. His most recent work The Mother City (Spectrum, 2021) was shortlisted for the Libris Geschiedenis Prijs and translated into Italian.

Both for work (among which National Geographic) and pleasure Mr. Dröge has traveled to some of the most remote corners of the world.

For all your enquiries about Philip Dröge please contact: Diana Gvozden.