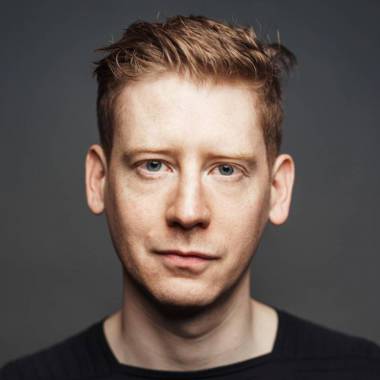 Tomer Pawlicki (1986) graduated from the Arnhem school of drama in 2011. Since then, he has been in numerous films, tv-series and theatre productions. In 2014/2015 he played his one-man show Dankzij de oorlog, which received rave reviews. His debut novel of the same title was published by Ambo|Anthos in 2017.
Currently, Tomer is playing in the musical  Fiddler on the roof  and he is working on his second novel.

Thanks to the War

For all your enquiries about Tomer Pawlicki please contact: Marianne Schönbach.